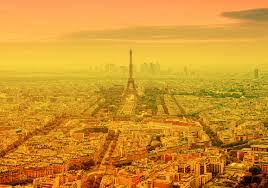 The apocalypse that we created for ourselves

What will happen to our planet before long if we don’t deal with the fact that it’s getting hotter and hotter – and as long as it’s not too late, according to New York MagazineWithin a few decades – a few decades – much of the city of Miami, Florida, will no longer exist: it will be submerged by the waters of the Atlantic Ocean that will have risen several meters due to global warming.

Many other coastal cities, such as those in Bangladesh, will go under water in a process that scientists believe is now inevitable, even if we suddenly stop burning fossil fuels in the next ten years. In the absence of a radical reduction in the production of greenhouse gases, then, in the coming decades we will have recurring hurricanes, storms and floods of extraordinary magnitude, long periods of drought that will destroy crops and have heavy economic consequences, new epidemics of now forgotten diseases, summers increasingly torrid, oceans increasingly polluted and hostile to life, unbreathable air for entire months and a multiplication of small and large local conflicts.

Perhaps we will also have them in the event of a radical reduction in the production of greenhouse gases, at this point: thanks to the great attention of the researchers, who communicate data and probabilities with caution so as not to appeal to the deniers.

In recent years, the news on the climate has been anything but encouraging: 2016 was the hottest year on record, last winter in the North Pole the maximum temperatures were for days well above the seasonal average and in Antarctica a gigantic fracture in the ice of the Antarctic Peninsula is about to lead to the formation of a huge iceberg, larger than Liguria.

The effects of global warming have been visible and tangible for some time, experts say, but despite everything we continue to ignore their extent and remove from our thoughts the fact that they will soon affect us all and change our lives.

At the recently concluded G20 in Hamburg, Germany, 19 members (18 states plus the European Union) formally pledged to comply with the 2015 Paris Agreement on Climate Change, which among other things provides for the adoption of policies to reduce greenhouse gas emissions and keep global temperature rise below 2 ° C.

The United States did not sign the document, confirming Donald Trump’s decision to exit the Paris Agreement, and remained isolated on an issue concerning the future of the world and the possibility of our species to continue to exist.